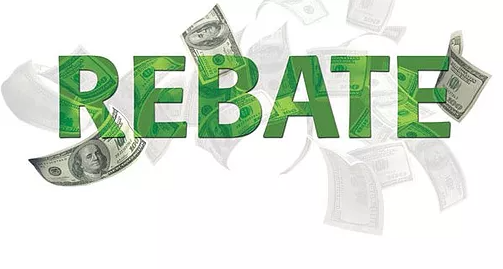 When solar systems were first introduced into Australia, some people got government subsidized feed-in rates of over 60c kWh. As the cost of solar systems has decreased by 80% over the past 12 years, these subsidized feed-in rates are no longer offered. Those who have been getting those feed-in rates are for the most part coming to the end of the good times. The biggest confusion around rebates with solar systems is that feed-in is a government rebate. It isn't. It is something which is negotiated with your energy retailer as part of your electricity contract with them.

Small scale technology certificates (STC's)
These are federal government financial incentive. They are usually quoted in the net price of a solar system by a CEC accredited solar installer.
They only apply to solar systems which are under 100kW in size but this will be the vast majority of solar systems which are installed on residential strata buildings. Few people realize that the prices of the STC's fluctuate daily and the quote you get from your solar installer should itemise the price of the STC's used to calculate the rebate. If you want to check the STC price used by the solar installer and the market price, to see if they are not shortchanging the strata scheme, the daily rate can be checked on the STC calculator here. The range that the STC's have traded in since inception of the incentive is between $17 and $39. When STC's are at $39 then the "rebate" for each kW of solar would reach $585. By law, they can't trade higher than $40 per STC. In addition to daily price fluctuations, the overall value of the STC's is decreasing in value each year up to the year 2030.

Large Scale Generation Certificates
Large Scale Generation Certificates apply to solar systems which are over 100kW in size. It will be rare to retrofit a solar system of over 100kW onto a residential strata complex. However, some new residential complexes have much larger solar systems planned. For example Ed. Square in Edmonson Park has a 2.5MW solar system (video here). Large scale generation certificates are paid out in tranches each year from installation until 2030. If you are doing a large system, every year that you wait will create opportunity cost in terms of large scale generation certificates.

South Australia
Virtual Power Plant (VPP) rebate is not yet available for residential strata schemes but the rebate may be extended to strata schemes in the future.

Victorian State Government "Solar Homes Package"
Strata Owner Occupiers who don't already have an individual solar system with a combined income of up to $180,000 and property valuation of up to $3m are eligible to apply for this on top of the federal STC's. From July 2020 the Solar Homes Package is for an additional rebate of up to $1,850 or 50% of the price of the solar system, whichever is lowest.

New South Wales State Government
The NSW Liberal government has pledged to provide 300,000 homes with a combined income of up to $180,000 per annum, no interest loans over 10 years of up to $9,000 for a solar system and $14,000 for a solar-battery system. An individual apartment or townhouse in a strata scheme could apply for this. It is not available to Owners Corporations to apply for this scheme.

Queensland State Government
Body Corporates in queensland were able to access grants of $3,000 to purchase batteries or combined solar-battery systems but this program has been fully subscribed and is no longer offered.

​You may want to watch a video on Why to install solar.
​