The price of solar installation was very expensive 10 years ago and it was not worth installing solar without a north facing roof. However, the cost of solar has dropped significantly since then and you can still generate an attractive return on investment from east facing panels, west facing panels, or a combination of north, east and west. West facing panels are now being promoted by grid providers and peak industry bodies. 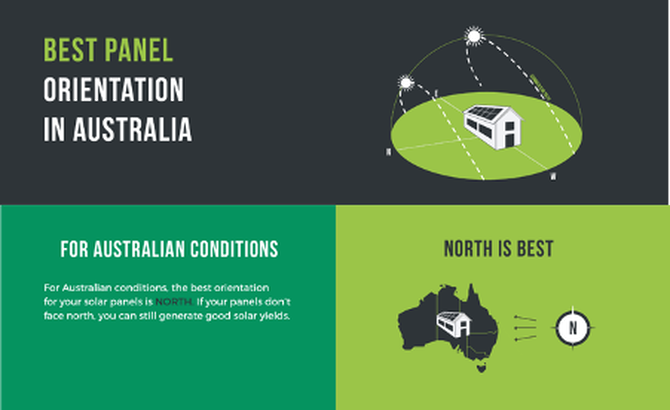 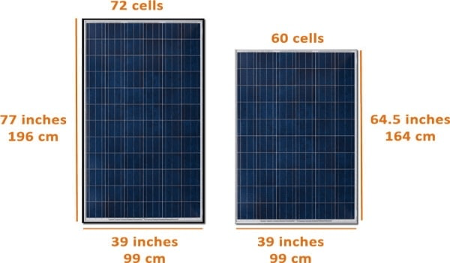 If the building has limited roof space but wants to install a larger solar system, they may consider the use of 72-cell panels, which often has a higher power output in comparison with 60-cell panels on a per panel basis. However, the 72-cell panels are larger in size and take up more space on the roof. For example, you may able to fit in 60-cell panels in the narrow section of the roof, that may not work for a 72-cell panel. As a result, a system that uses 72 cell panels can end up with less capacity than a system where 60 cell modules have been used. Therefore you should discuss with the solar installer about the available options.

Solar Panels – 200W vs 330W vs 550W
The technology for solar panels has been improving every year. When solar systems started to roll out in Australia back in 2012, the typical wattage for each solar panel was in the range of 200W to 250W.
In recent years, the efficiency of solar panels has improved significantly, and panels are now typically in the range of 330W-370W. Companies such as Jinko and Trina have also unveiled panels which can generate up to 600W using bi-facial technology in 2020. Nevertheless, it will take time before these high-wattage panels can achieve mass production and become affordable in the market.

An individual solar system for a typical apartment with/without air conditioning or electric hot water
To size your solar panel system, you need to work out how much electricity you use and when you use it. The typical power consumption for an electric hot water tank is about 2.4kW during operation. Modern air-conditioners have a similar power rating ranging from 2-3kW.

A fast growing minimum size solar system to install in Australia is currently 6.6kW due to economics of being able to install a cost-effective 5kW single phase inverter with this configuration. While an individual apartment in a low-rise building may not be able to allocate 50 square metres of roofspace to one apartment for this size solar system, some townhouses and townhomes could fit a 6.6kW solar system. 6.6kW would be a good size solar system for a town-home in an estate which has its own air conditioning and its own pool.
​